As Hong Kong protests enter its fifth consecutive month, demonstrators believe fighting back is the only option. It's become the norm for protesters to battle with the police every weekend on the streets of Hong Kong.

Using my shirt sleeve as a handkerchief, I wipe the perspiration off my brow as I briskly move across a crowded junction in the heart of Hong Kong's financial district. What is usually a bustling intersection of cars is now preoccupied with the traffic of people. They are preparing for the physical agony of white clouds engulfing the nearby highway overpass. The air smells of vinegar and each breath feels like I'm swallowing golf balls. It's a sensation of getting my nose punched in while a thousand invisible needles puncture my bare flesh. As I squint through watery eyes to find a section of clean oxygen, I convince myself to relax as sweat drips from the palm of my hands. My thoughts fill with dread knowing the Hong Kong protests are about to turn ugly.

Suddenly, a buzz in my pants pocket alerts me of a text message. A black and white picture illuminates my screen with words that prompt me to reach for my gas mask. "Warning - Tear Smoke." My heart races and my camera begins to feel like a brick on my wrist. As I'm surrounded by a sea of black, yellow, and pink - I fasten the straps of my respirator device and make my way to the front lines. With only a camera and a resolve to document, I enter into the valley of uncertainty. 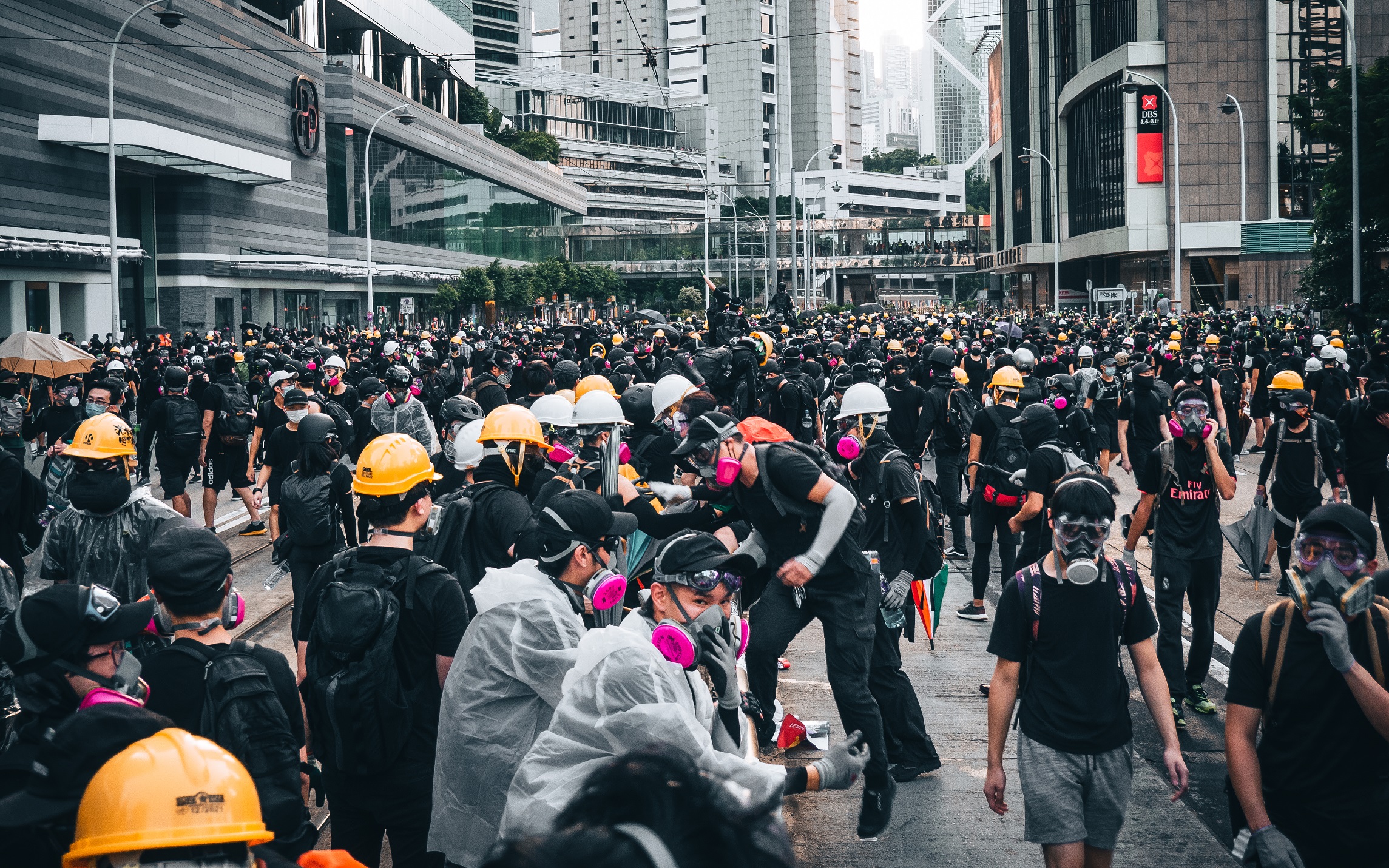 A sea of black, yellow, and pink

Fighting For The Movement

As Hong Kong protests enter its fifth consecutive month, citizens continue to voice their dissidence against the government through unlawful assemblies deemed by the police. Violence is only increasing, and frontline fighters, or "frontliners", act as a buffer zone between the Hong Kong Police Force and regular marchers. It's become the norm for protesters to battle with the police every weekend on the streets of Hong Kong.

Despite the support of two million citizens marching, many of the frontliners come from the recent generation - ranging from secondary school to college graduates - with some as young as 12-years-old. These fighters use their own money to purchase gas masks, hard hats, and other protective gear. Those with limited funds may forgo buying food for the sake of safety against tear gas, rubber bullets, beanbag rounds, and sometimes even live ammunition. Since police thoroughly search anyone suspected as a resistance fighter, many are forced to dump their equipment to avoid arrest.

Excessive use of police force has only escalated the situation, where Hong Kong demonstrators believe fighting back is the only option. It's become a call to action for the younger generation to take up arms in the frontline battles. What they want most is the autonomy and universal suffrage they were promised and written into their Basic Law.

The fear of persecution is evident among every demonstrator - with a prison sentence of up to 10 years if arrested during an unauthorized protest. Regardless of the known repercussions, these protesters still fight - to sacrifice their youth and even willing to die for the movement. 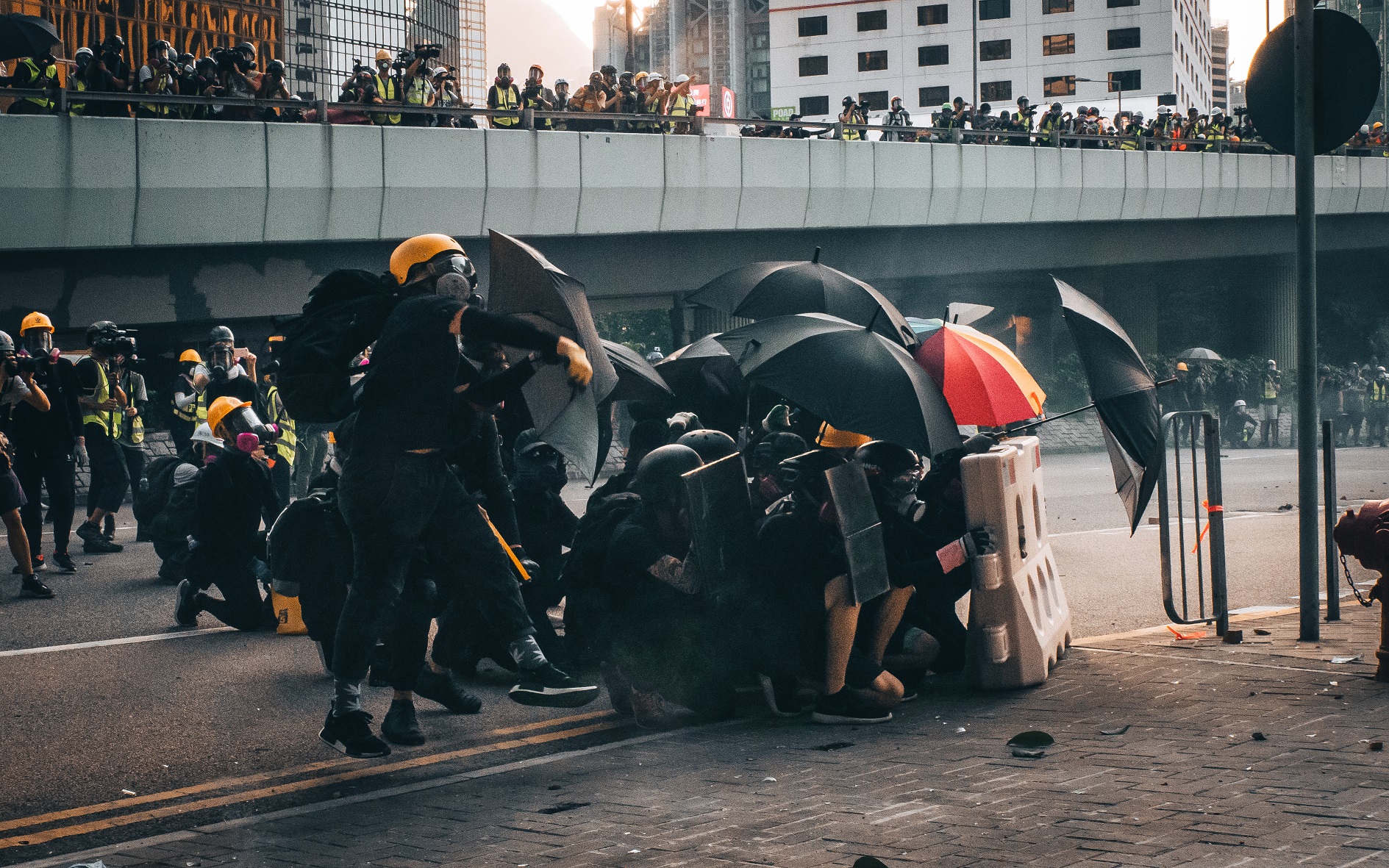 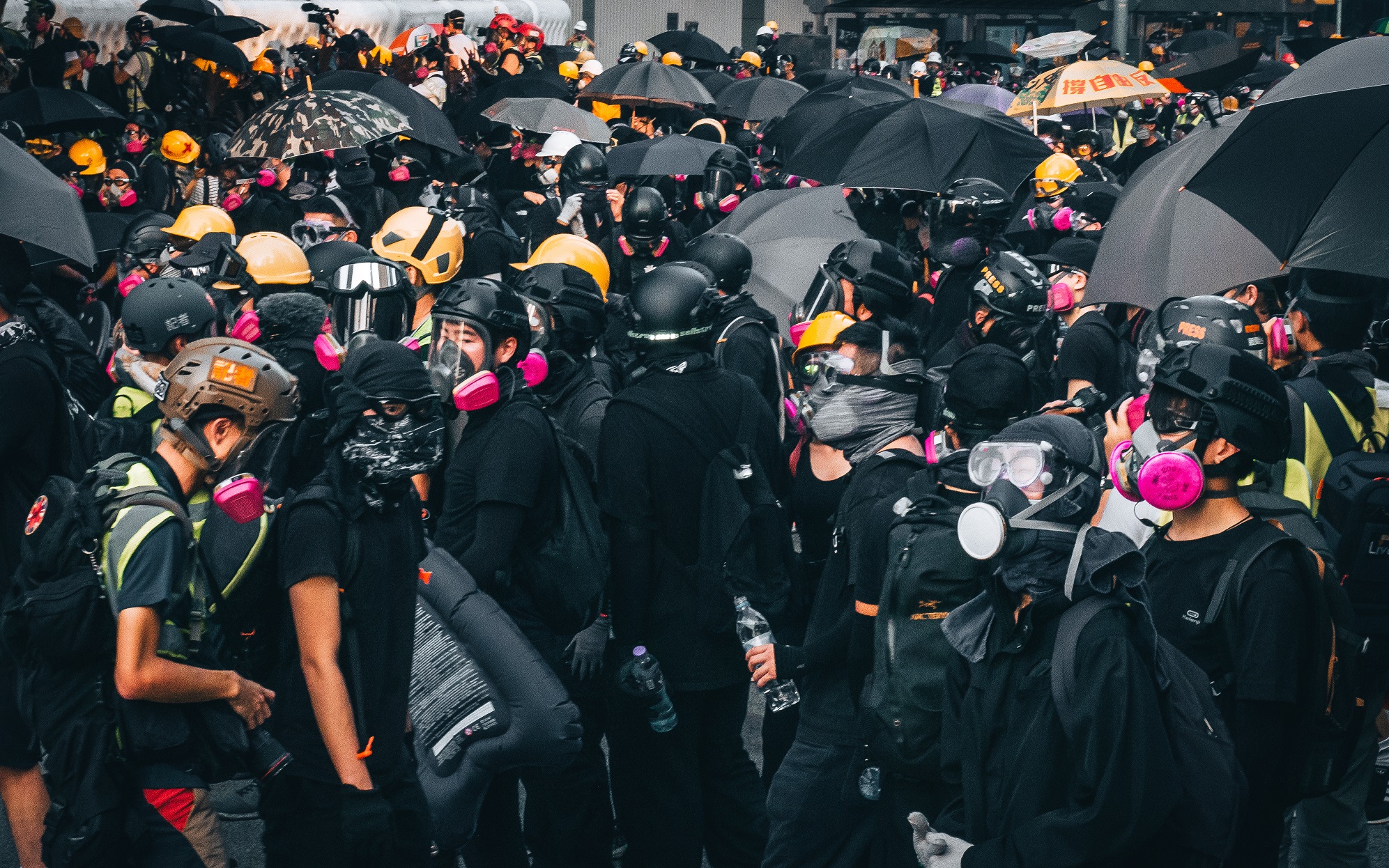 To launch an effective campaign against the police, frontliners embraced Bruce Lee's philosophy of "be water." Water is formless and adapts to changing situations. It's agile when faced with resistance. The "be water" tactic helps frontliners disperse after confrontations with the police. They create roadblocks of burning wood and metal when retreating from a position to impede the advances of riot police. It's successful when demonstrators flee from a scene and disappear shortly after.

To increase international support, Hong Kong's leaderless movement says they want to remain as non-violent as possible and to only defend themselves with minimal force. While police are launching tear gas grenades into crowds, protesters use water to counteract the vapors from spreading. Extinguishing tear gas cartridges is one of the non-violent paths demonstrators do to help one another.
‍
Yet, protests are not without its share of bloodshed.

"You have to know when to run and when to fight," said an aliased frontliner to Bloomberg. Molotov cocktails, bricks, umbrellas, and anything hard that swings are within the protester's arsenal of weapons. Peaceful protests are a human right, but when it's met with violence, a response with violence is inevitable. 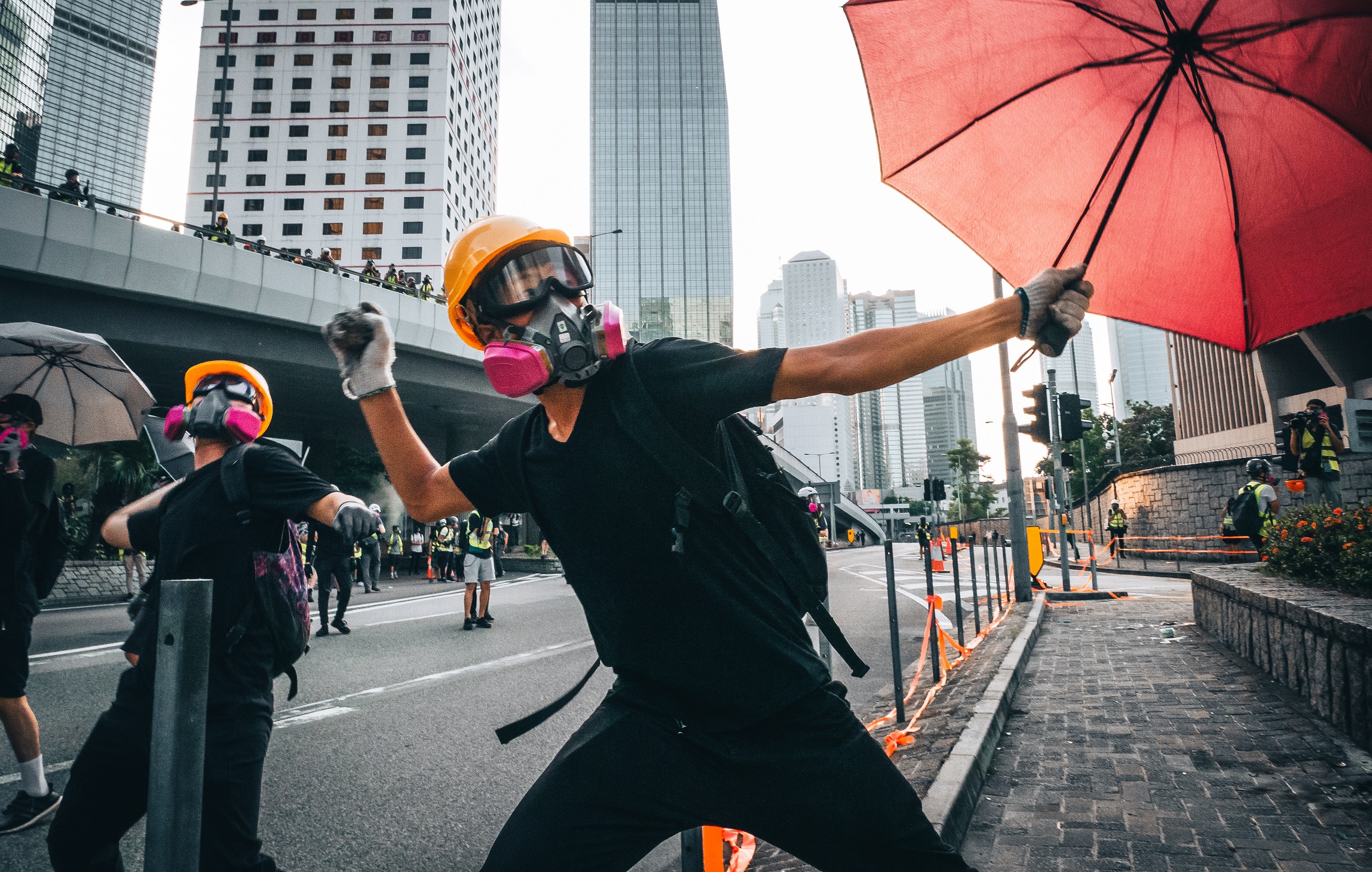 "You have to know when to run and when to fight."

From my time speaking with demonstrators during the Hong Kong protests, it's clear that they are just ordinary people who believe in their cause. Some are ready to fight and some are scared, but they all put on their uniform of black clothing and body armor in anticipation of a showdown with police. They put their lives on the line for their Hong Kong, and I believe there's something admirable about that. Whether they envision a future of them winning remains to be seen - but they don't plan to go out without a fight. 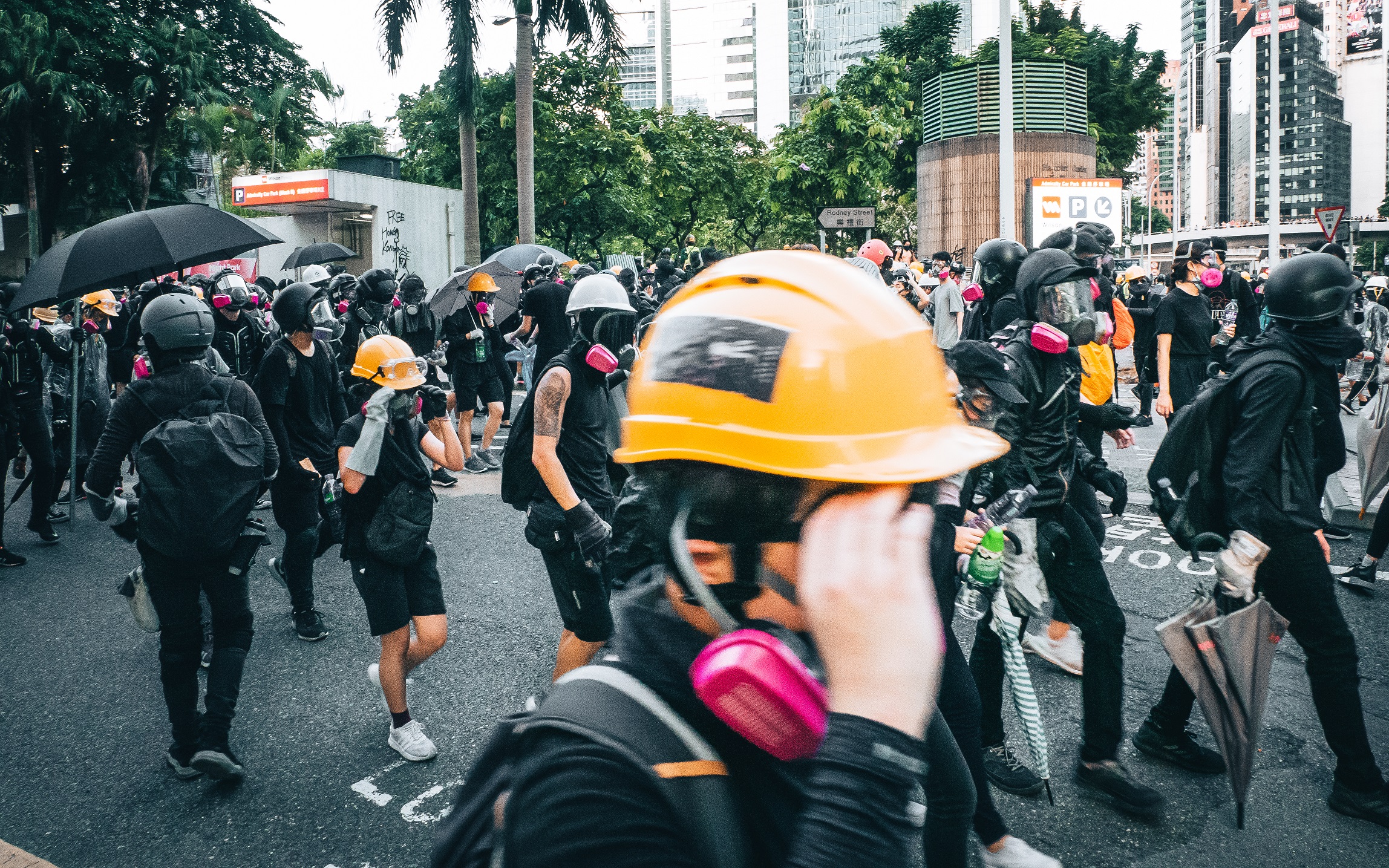 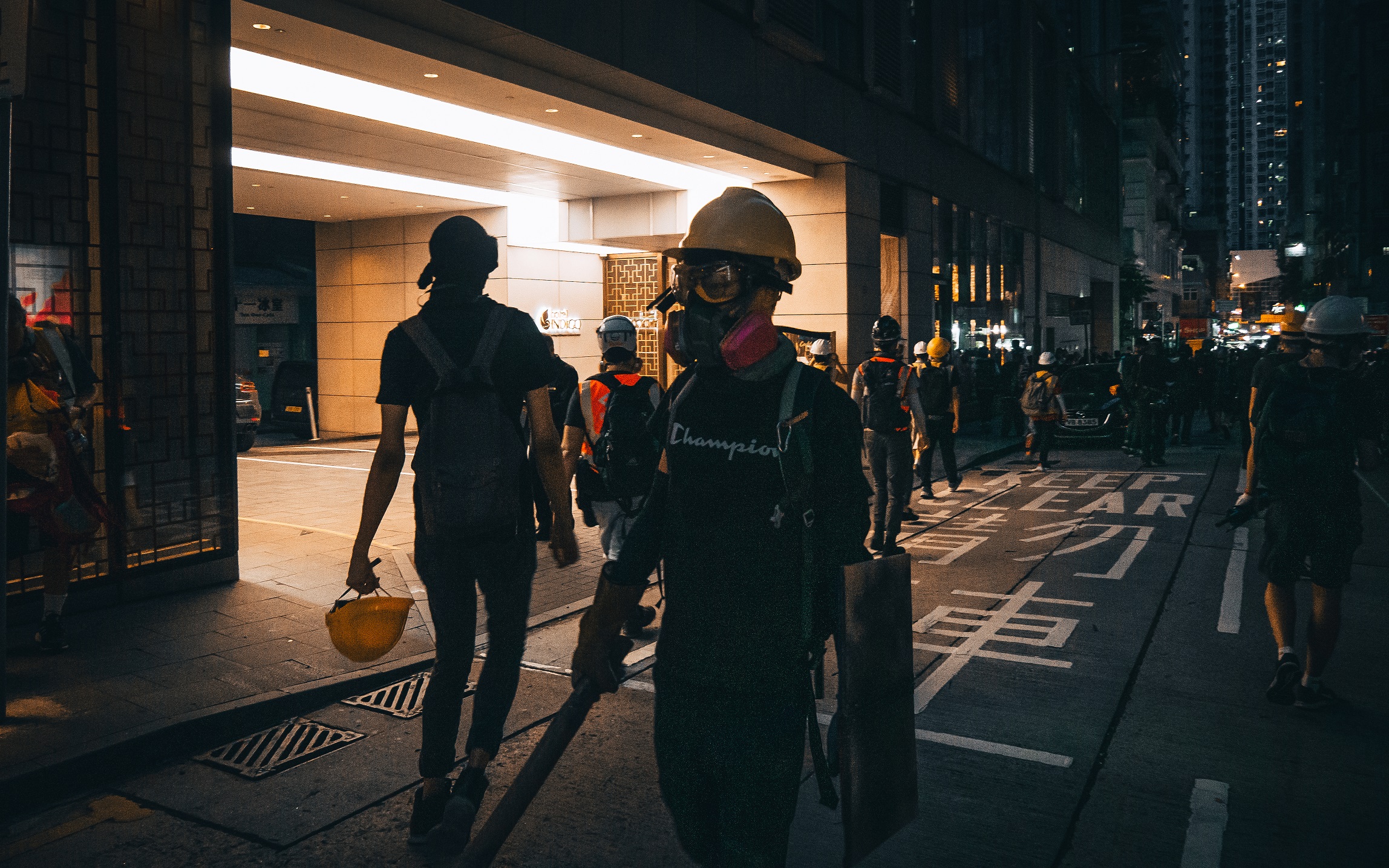 Rights Are For Everyone

While tactics are essential for keeping frontliners safe from arrest, it's paramount to keep in mind of the ordinary people in Hong Kong who have to live in this state of unrest. After all, frontliners are fighting for them, so they should not alienate those they are trying to protect.

Freedom of speech is the right for every side to share their story without being labeled as a false flag or have lasers pointed in their eyes. It's vital to focus efforts on those who are truly in the wrong, not those who genuinely care for their city and their fellow citizens. When demonstrators give people no choice but to agree with their beliefs, it makes them just as bad as those they are opposing. Individual freedom grants everyone an equal voice - even if it's contradicting yours. 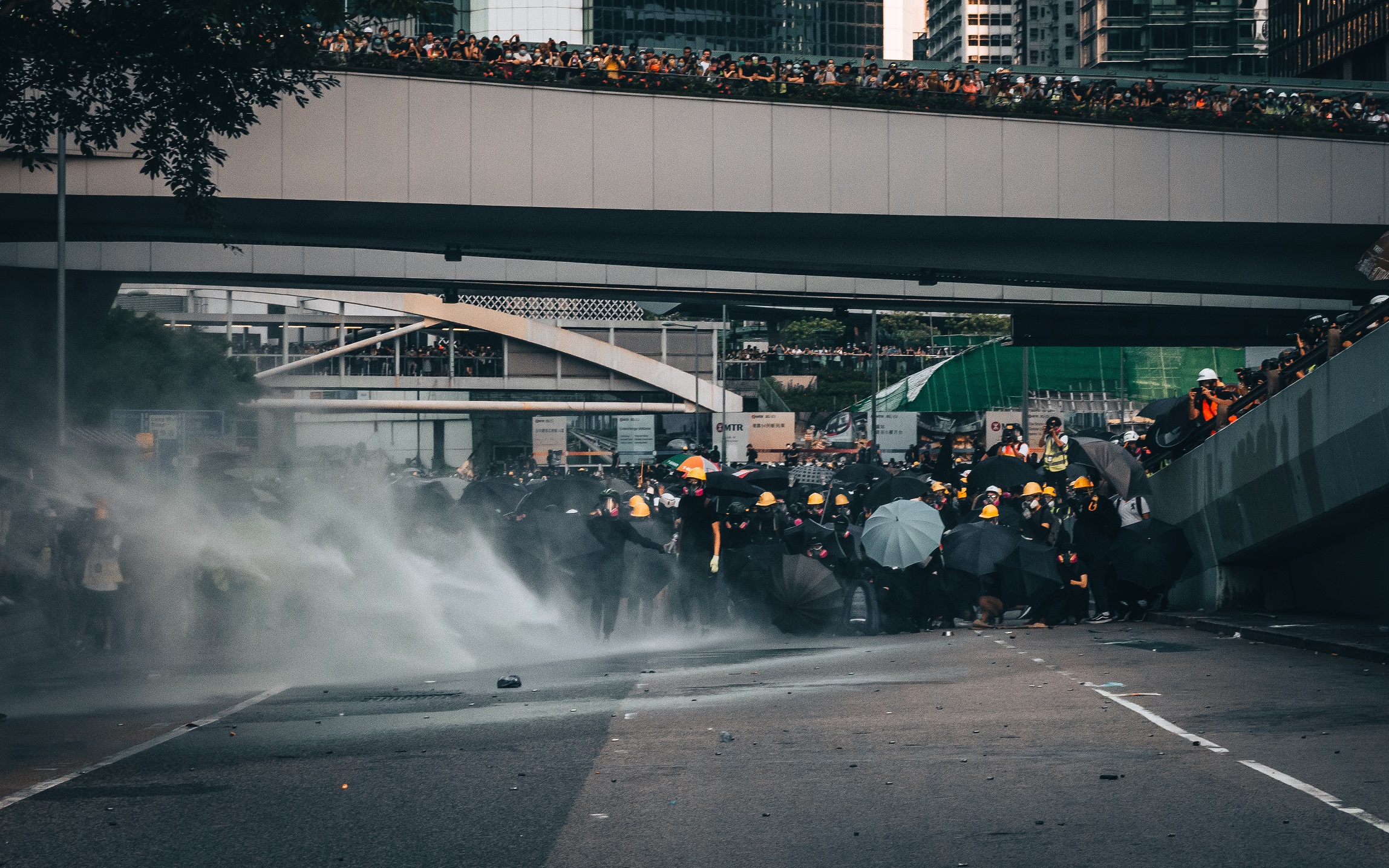 From a passion of photography - I use my camera to document the world of current events and trending topics.

Get the latest articles and freebies sent to your inbox

You're subscribed to some awesome stories. Look out for future articles in your email inbox.

Oops! Something went wrong while submitting the form :(

A Lonely Road from Russia